Went to Cape Disappointment with Vance, Kandi, Joe and Resa so we missed three days of walking and paid for it. There was a lot of miscellaneous trash. We found a plastic bag with a dead chicken inside and emptied it into the bushes and put the bags in our garbage. Janet found a dime and I found half a penny. Also found a glove on Juanita-Woodinville Way and a matching one on 145th about a mile away.

When we got to the Park and Ride bus stop, we were met by a man in a Salinas Construction truck. He thanked us for picking up trash and gave us two new reflective construction workers jackets Radians SV63G. He said he does not see us well in the fog. 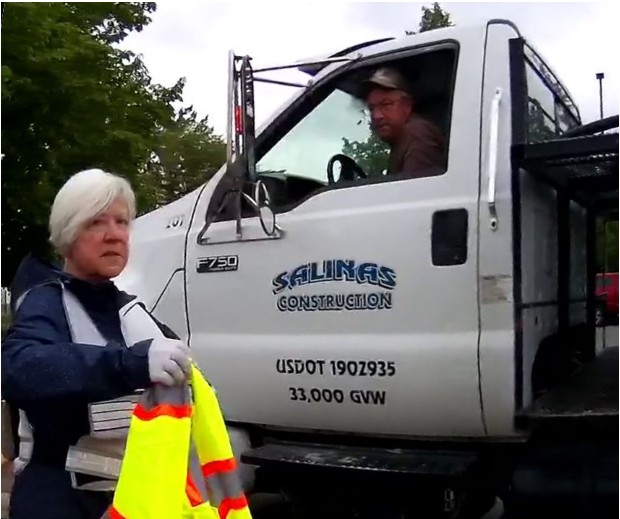 Janet does not appear to be very pleased.  Not her color.

But she didn’t want to pick it up.

Found two baseballs across from Cedar Park and threw them back. We got honks from Mr. Handyman, MM Mechanical and one random drive-by. Found 4 pennies, three together and one a mile later. But the highlight was,

Normal amount of trash to pick up. Found a nickel and a dime. Also found a marijuana container with a joint in it. No, we did not smoke it. 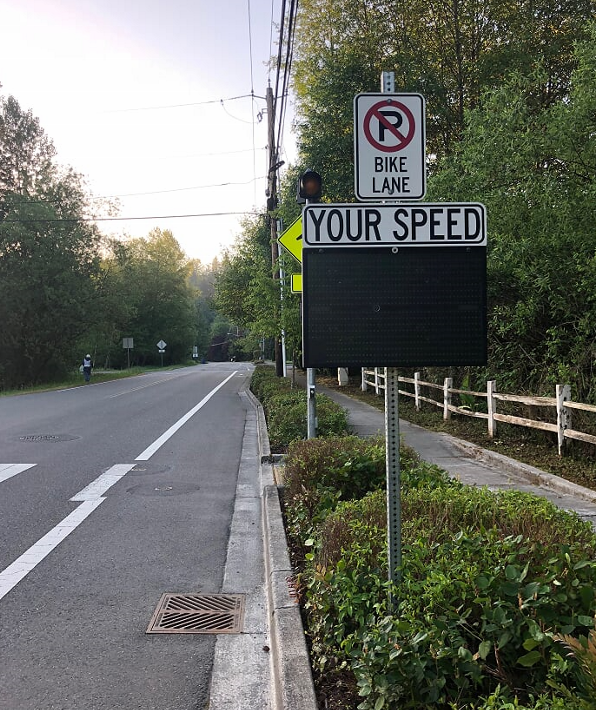 They never register my speed.

Our Saturday walk would not be complete without finding new wine bottles. 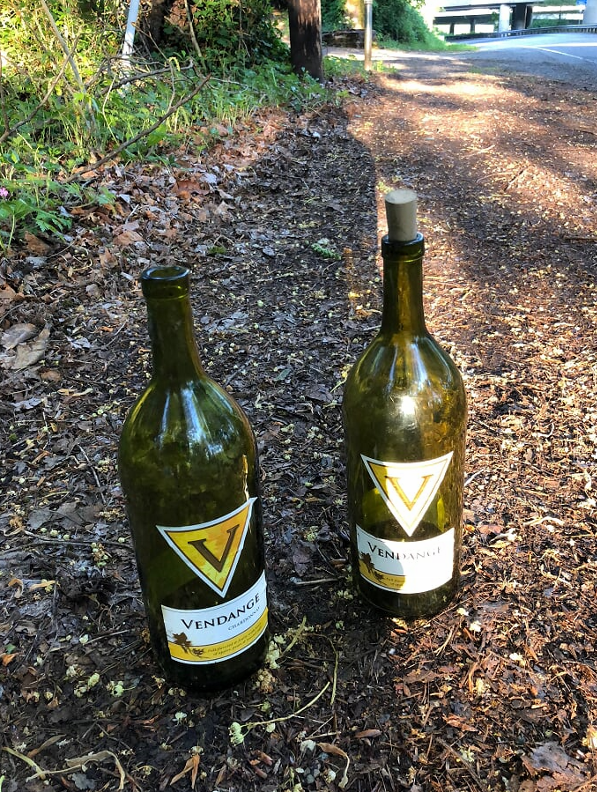 Found a hubcap under the freeway.

Probably not repairable, though.

Week 6 and the bike is gone! 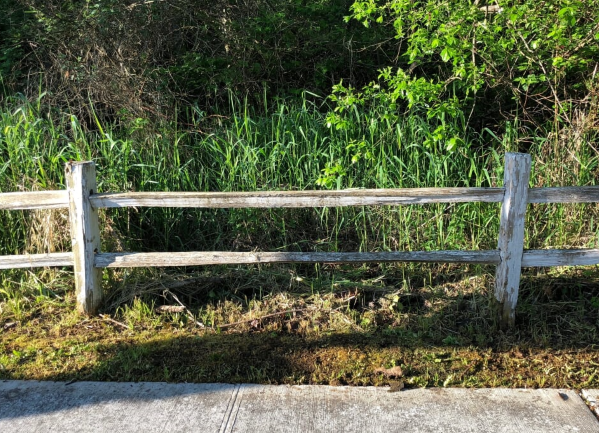 Ok, it just moved a half block down the street. 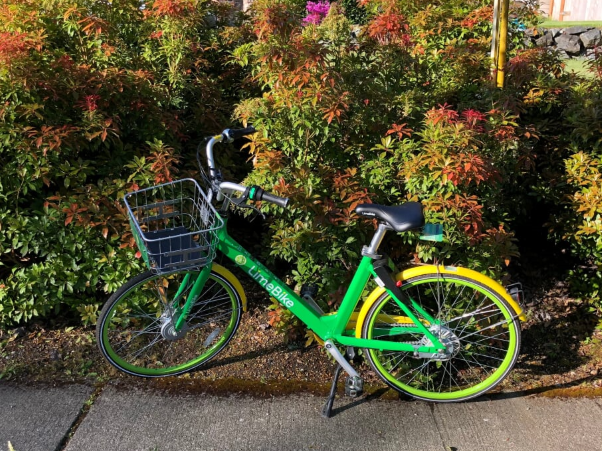