The cold weather has returned.  It only was 30°F and foggy this morning, but dry.  We’ll take dry.  Traffic seemed to have picked up today.  Perhaps the people are getting acclimated to the Coronavirus situation.  We got a nice verbal “Thank you” from a passerby on Norway Hill, we appreciate them.

Unfortunately, the increase in traffic didn’t translate into an increase in interesting trash.  For example, we found a frozen sock.

That was kind of interesting.  Okay, it really wasn’t.

This was a little more interesting.

We found Kelly’s debit card, a NETSPEND card.  We “spent” a little time on their website but didn’t really get it.  “No Credit Check, No Minimum Balance Required, No Activation Fee.”  But they do “… charge 7 other types of fees” including an inactivity fee.  We’ll pass.  Evidently Kelly did too.

Not interesting, but useful.

Another bungee cord for our collection.

This was kind of sad.

It should have read “Litter these seeds in memory of…”  We’re sure the person would be very proud of you.

Up the Norway Hill from our house, another wine box.

We found a lanyard from an expo.

RaySafe, a manufacturer of X-Ray and radiation testing devices.  You can’t get much less interesting than this.  At least the person could have left an ID on it.  Pathetic.

We used to find a lot of these, mostly in Gatorade Gully.

A butt bottle.  The good citizen smoker puts his butts in a bottle of water instead of tossing them out the window.  The he tosses the bottle out the window.  It’s kind of like the dog owners who pick up after their dog then toss the bag.  Good citizens all.  Yes, and still not interesting.

This was a little interesting, especially compared to the other “finds.”  A marble lay next to the bottle.  WARNING: EDUCATIONAL MATERIAL FOLLOWS.

“Why does Ramune soda have a marble?”

“Ramune bottles are officially called Codd-neck bottle named after an English mechanical engineer, Hiram Codd, who invented it in 1872. When sealed the pressure of the carbonated drink pushes the marble upwards against the lid sealing the drink securely without leaking the gas.”

Well, that was interesting.  But do they really need a marble in this day and age?  Sounds like tradition at this point.  Then there was this video on how to get the marble out of the bottle.

Or you could just smash the bottle.

This morning was a bit warmer and we got a very enthusiastic honk from a passing car, but it was dark and we couldn’t see who it was.  It was a friendly honk, though.  Yes, as we have pointed out before, we can interpret honks.

Traffic was again slightly heavier than this time last week, but still way below normal.  Same with the litter.

At the Park-and-Ride, some adolescent did some minor mischief.

We mean “mentally adolescent”, we don’t know the person’s age.  Perhaps they were pissed because they couldn’t afford the homes for sale.  Anyway, we put them back in the stand.

Okay, kind of a tool.  It was a cheap screwdriver that might be supplied with a kit of some kind.  Wanna build a birdhouse?  Okay, $34 for a birdhouse, but a screwdriver is included.

At the top of the Tolt Pipeline, we found a needle.

On closer inspection, it is probably for refilling some vaping device like we found last week.

We didn’t find any wine cartons this morning breaking a several-day streak.

This morning was warmer with a little rain, traffic and litter.  We also removed a very small bird from the road.  It was almost too small to be considered roadkill, but we’ll count it.

We found this at the bottom of the Tolt Pipeline.

It looks thin, but it was about 3/4th of an inch thick, waterlogged and heavy.  Hey, when it comes to littering, we know the ropes.

We found an empty minibottle.

“Sit down, my friend!  Let’s have a deep philosophical discussion about Soviet Marxism and Natural Science.  I have a bottle of Grand Marnier I’ve been saving for this moment.”

This is not the neat McLitterers.  It must be the other side of the family.

It had been there a while and in bad shape.  In our defense, it must have been buried in the grass.  Someone mowed this area and fortunately leaned it against the fence instead of running over it.  It was not our fault.  Anyway, it got recycled.

A Kinder piece of plastic.

This was a thin piece of plastic with the word “Kinder” on it.  Most of what we found online was a chocolate company.  It may be an alien silhouette.

Across from Safeway, we found a Safeway shopping cart dumped in the bushes with a dress.  The tags were still on the dress and the wrappings were in the cart.  It’s like someone’s cart got hit by a car in the crosswalk.  Anyway, the dress didn’t fit us (XL) and it was ripped.  Too bad.  It would have looked good on Chuck.

Then there was this Frisbee.

We’ve seen it twice before.  The first time was the infamous Janet trying to toss it back into the yard.  The second was not long ago when Chuck tossed it back.  At that time, we told ourselves that if we found it again, it was ours.  We found it again.  It was still dark.  As we went into the ditch to get it, we noticed a lady and her dog in the yard.  She waved at us, so we, yet again, tossed the Frisbee back into the yard.  But next time, we won’t be so lenient.

This morning our walk was dry.  After we got home, it started to rain.  Good timing.  We waved to Salinas Construction.  We also noticed we passed a milestone for us a few weeks ago.

Twenty million steps as counted by our Garmin trackers since Christmas 2015 when we received them as gifts.

Early in our walking, we wore our shoes way too long.  We average about 650 miles per pair of shoes and have probably gone through eight pairs of shoes each.  The shoes we’ve settled on are Brooks Adrenaline GTS.

That is about $70 per pair.   You guys need to start dropping some serious change to balance out our expenses.  BTW, the Brooks store does recycle our shoes for us.

Whoa!  We thought we found a human finger.

But it was another half-eaten hot dog like we found last week.  Weird, but at least there was no condom nearby.

We did find another tool.

The battery was still good, and it worked.  But the reviews on Amazon are terrible.  Maybe the runner was so embarrassed he tossed it.  Maybe we’ll wear it until the battery runs out.  We don’t embarrass easily.  How could we?

Are we the only ones who think this is a bad idea?

M&Ms in a container shaped like a pill bottle?  Really?  “Oh, look.  Grandma has some M&Ms.”  And they didn’t leave any for us.

We found a business card for “Pixie Dance Hoops and Ear Wings.”  Well, we didn’t know what either was.  After some research, we now know what ear wings are.

Well, another moderate walk with a misty rain.  The traffic was Corona-Friday light.  There were some packs of cars that passed us that got corralled by traffic signals, but mostly clear.

Other than the mundane trash, there was very little out of the ordinary.  We did pick up a cigarette butt that was still burning but, saw it beforehand and snuffed it out before adding it to our bag.

So, today was about the most boring day we’ve had walking as measured by the number of pictures.  Two photos are at least slightly interesting.

The first was another gas cap found near the Safeway gas station.

Well, we thought it was slightly interesting to us.

Then we were startled by this.

Really, people?  This was gross.  We were hoping it was an alien creature ready to devour us and put us out of our misery.  But it laid there acting like what we thought it was.

Fortunately, it’s a rubber gag item available on Amazon for $10.

Yes, a gag in two definitions of the word.  “Great in hot tubs, bath tubs, shower floors and the bed.”  The bed?  That’ll really spice up your love life.  What about bus stops?  We pass a lot of them.  Finally, we found something useful.

Today was cool but dry.  It seemed darker than usual, but we had a time change last week and it was overcast.  By the end of the walk, it was light, and we got several waves and thumbs up from passersby.  We also got a honk from a metro bus driver.  We probably get waved at when it’s dark, but we can’t see them most of the time.

We found a fair amount of trash today, but much less than we normally find on a Saturday.  Another small bird got a proper burial under some bushes.

We found that the unicorn we left on a fence a few weeks ago was again on the ground.

Okay, we gave it a fair chance to get away.  We placed it in a nearby trash can for safe keeping.  After all, life isn’t all rainbows and unicorns.

We found a wench. 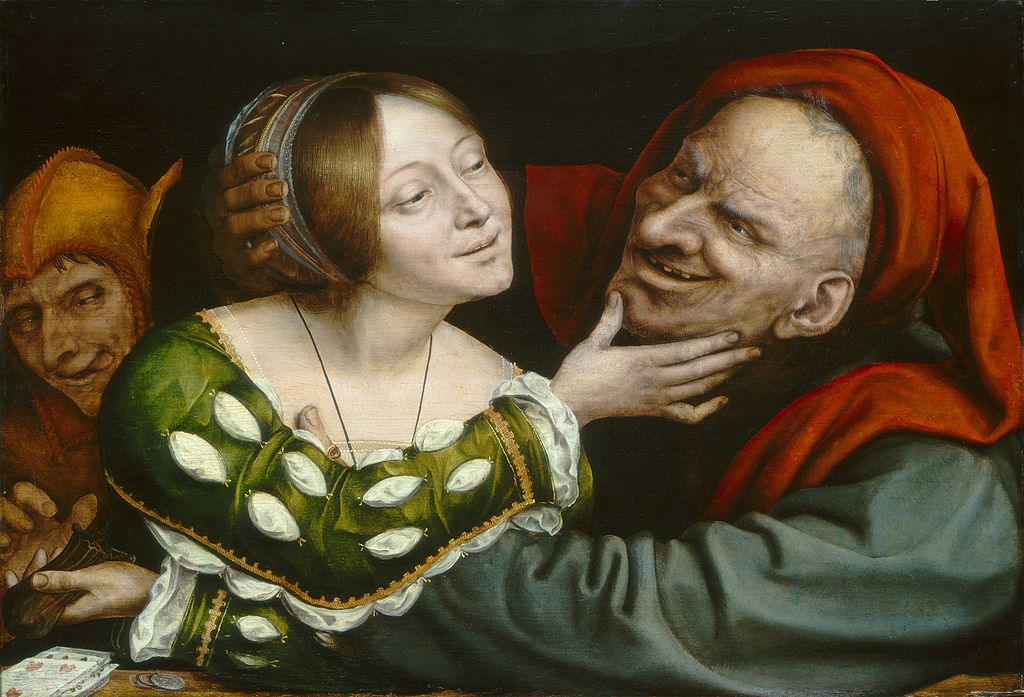 Wait, make that a winch.

At first, we though it was a glove but it was a ratchet tie-down winch.  It was in very bad condition and got recycled.  It would have made a terrible glove.

This week in gloves and poop bags.

This week, both were way down.  Rubber gloves are getting hard to find in the stores.  Perhaps people are washing and reusing them.  We may need to do that also.  Or maybe we’ll wear them twice, by turning them inside-out.

The baseball, we threw back into the nearby play field.  The tennis ball required some finesse since it was in a thorny situation.  The third ball was a Nerf-like, foam rubber golf ball.

At a bus stop, we found a TSA-Approved baggage lock.

Hopefully this is not how the TSA opens it.

Behind the same bus stop are a couple of pipes in the ground with yellow caps on them.

This morning, one of the caps had been removed.  About two feet inside, we saw the top of a pop can and used our picker to pull it out.  You’re welcome.

Near downtown Bothell, someone dumped a wheel.

Bothell personnel should see it and pick it up.  If not, we’ll contact them.  Again.

As we approached the bus stop, we’ve been working on cleaning up, we found new trash.

A can on the sidewalk and a can and bottle in the ditch.

But, next to the can on the sidewalk, we found a penny!

So that made us feel a little better about the trash.

Today we finished the catch-up cleaning of the ditch.

So, from here on, it’ll be weekly maintenance.

At the park-and-ride, more clothes.

A dress and two more swimsuits.

The garment on the left is a peasant dress.  We found one on eBay for $20.  The swim suit in the middle is a swim suit from Fabletics for $49 and the suit on the right is available on PoshMark for $12 (used.)   Does the park-and-ride have a swimming pool?  Or a very deep rain puddle?

And there was a reward.  “spleefs or $20,000.00.”  What’s a spleef?  Anyway, we contacted her and dropped it off.  She was very happy to get the notebook back.  When we mentioned the reward, she said things were a little tight and the corona virus and…  We drove away.